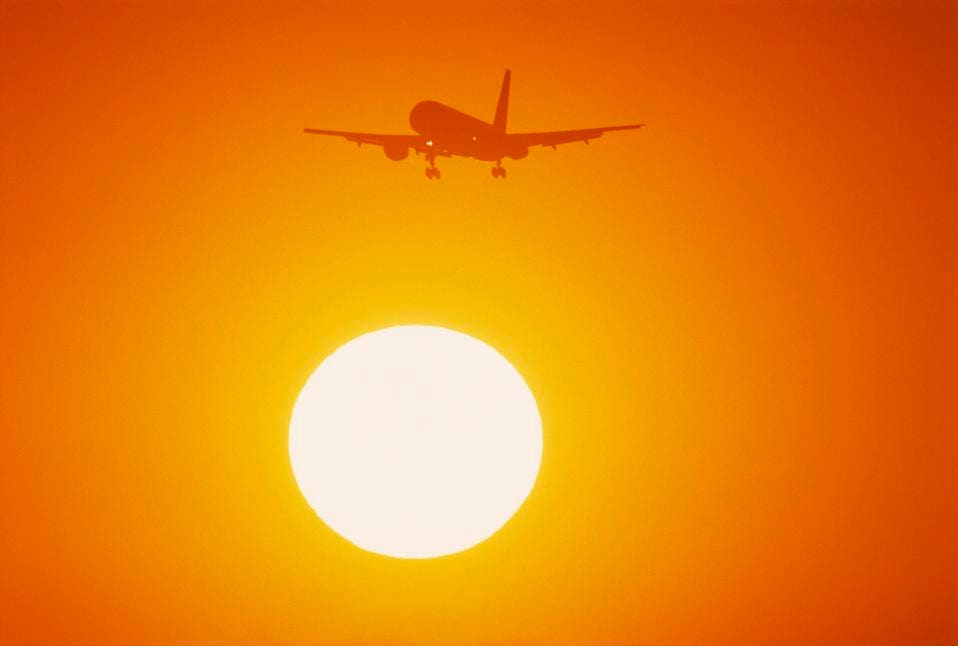 The airport and flight experience is more rewarding if you know a few tips and tricks beforehand.

For those of us addicted to travel, a trip by air always enthralls. Even if you fly only once every few years, consider these tips to make the transition from airport to airborne and back to earth again to help make your flight smooth and comfortable.

First of all, always smile and be nice to TSA agents and do as they say with no argument. No one wants the airport experience to be ruined by getting jerked aside and searched from head to toe. They deal with grumpy passengers all day.  Don’t be one of them.

As tempting as it may be during summer months, don’t wear flip-flops to the airport — or at least take a pair of socks to go through security. The shoes must come off, unless you have Global Entry or TSA Pre-Check. Otherwise, you’ll stepping barefooted where thousands of other barefooted travelers have trod before you. TSA PreCheck and Global Entry also give you access to shorter security lines, which streamlines the entire airport experience.

And speaking of feet, never ever, but never ever go into an airplane bathroom without your shoes on. Even if you go in there with just your socks on, you’re really just mopping up whatever ick is on the floor, and those floors for whatever reasons are always wet and sticky. (Shudder, shudder.) Just keep your shoes tied when it’s time to tinkle. Afterward, wash your hands and then open the door with a paper towel. Probably hundreds of hands may have touched that bathroom door handle just that day alone. 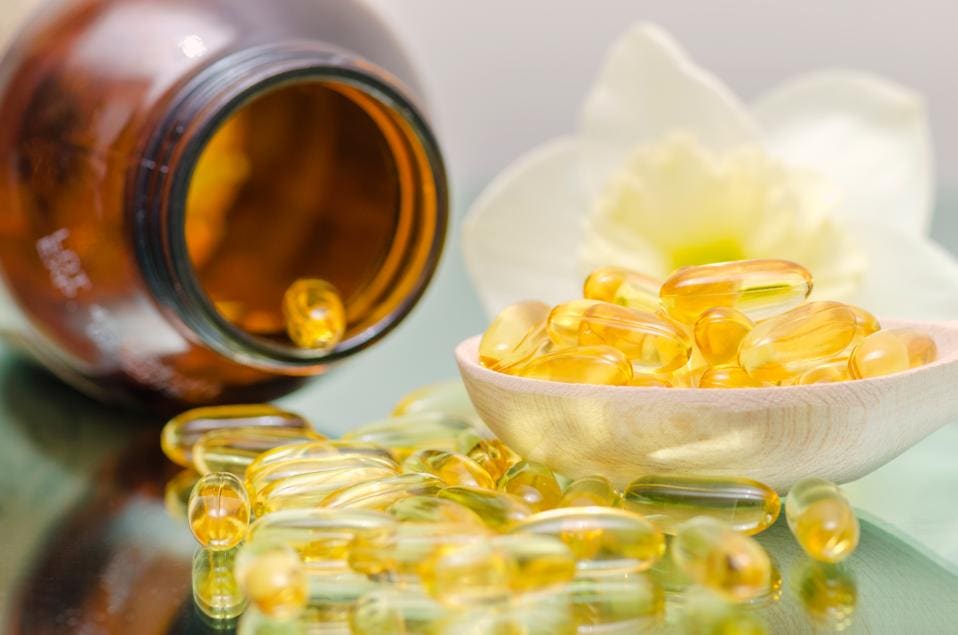 Before a trip, always take an extra day or two of medicines and supplements to last in case your trip home is delayed.

Flight delays happen, sometimes forcing you to extend your journey by an extra night or two away from home. While no one likes that, it’s important to plan ahead and take enough of your prescription medications to last at least one or even several days than what your trip originally calls for. You don’t want to risk a real medical emergency because of not having enough medicine. If you’re in the U.S., you might be able to get your pharmacy to call another pharmacy in the city in which you’re stranded, but if you’re overseas, you could find yourself in big trouble.

If you’re scheduled on a long flight, know that the air inside an aircraft is as dry as Arctic winter day, clocking in with only 20 percent humidity. Save your parched skin and lips from becoming like an alligator’s by moisturizing before you get on the plane and applying as frequently as necessary. Drinking water, about eight ounces every hour or so, helps to keep you hydrated inside and out. 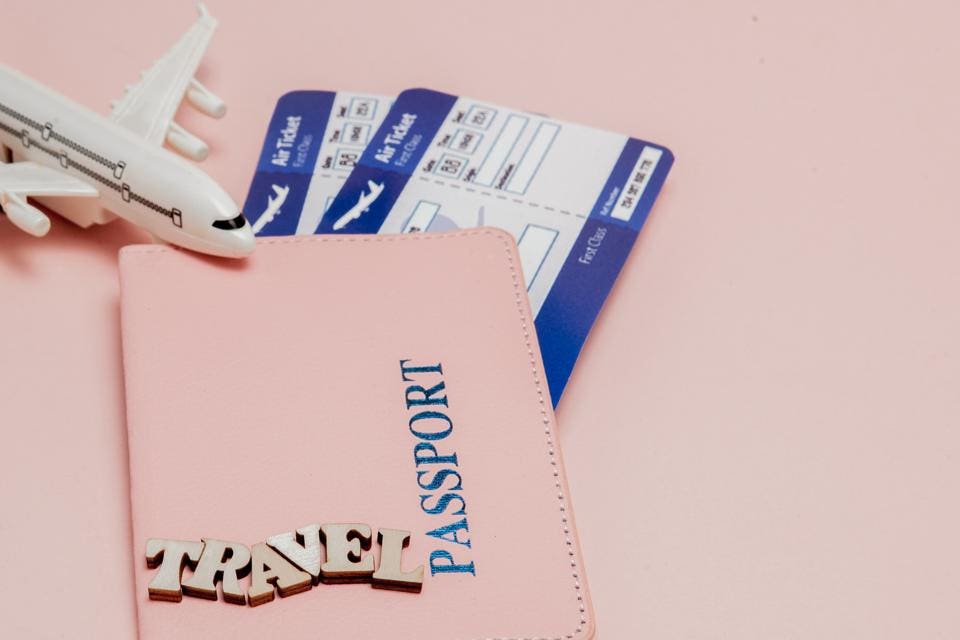 Don’t toss that boarding pass until you’re positive your frequent flyer miles have posted to your account.

Do you usually toss your boarding pass as soon as you step off the plane? Nope. Hang on to it. Your boarding pass serves as proof of travel if your airline fails to give you the proper credit for your hard-earned frequent flier miles.

Brrrrrr! Take a sweater on board on your flight and keep the air vent open. If the air blowing makes you cold, it might be smarter to throw on a sweater rather than turn off the vent. Keeping the vent open as much as possible helps blow away any germs from cold and flu bugs that might be lurking in the cabin.

You would truly be amazed at the number of flyers who still don’t know that most airlines now charge for bags. Each airline differs from one to another, but rest assured they all have policies, and chances are, you’ll be paying for checked luggage. Get around paying those fees by snagging a credit card that offers free checked bags, flying internationally, flying business or first class, or earning frequent flyer status, but otherwise be prepared to pony up. 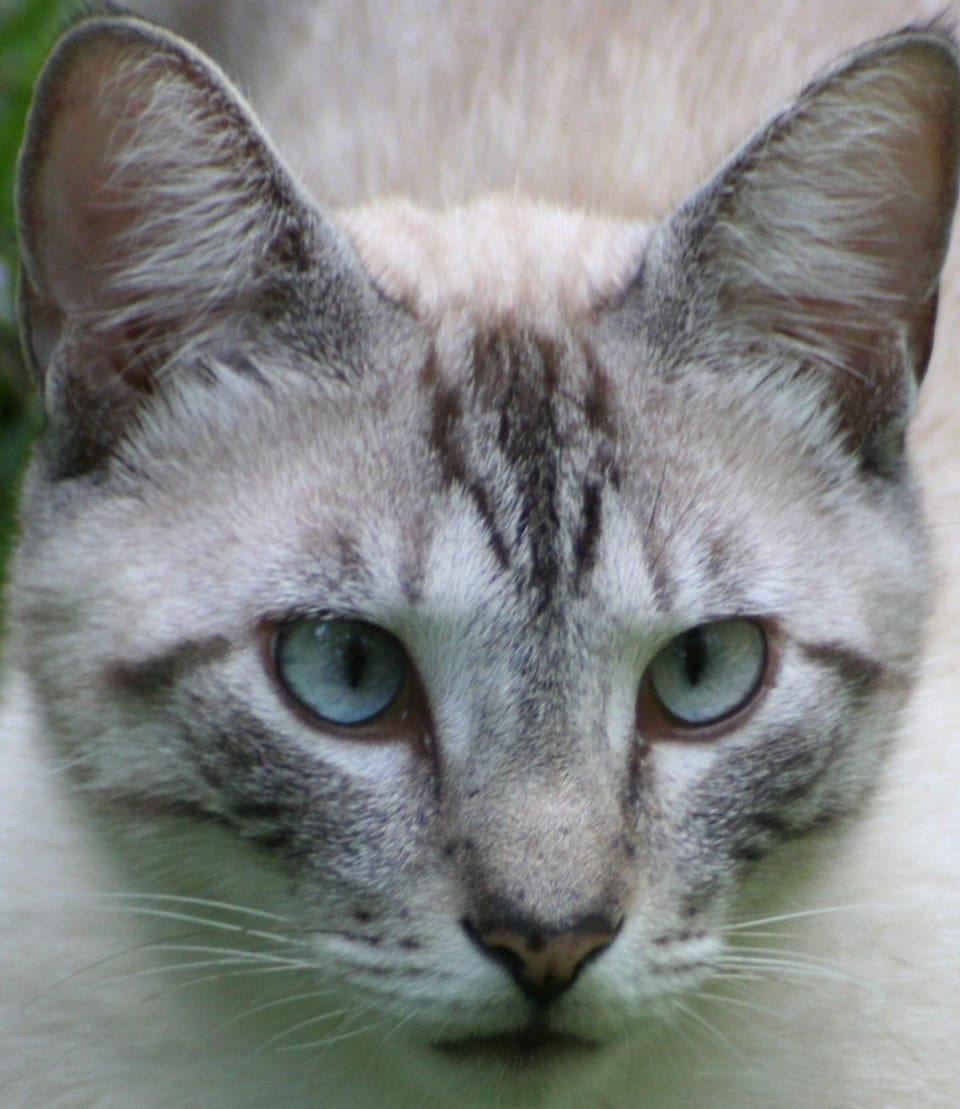 If you travel with your pet, place something familiar like a blanket or tee-shirt in the crate to keep him calm.

Flying with Fluffy or Fido? Keep your cuddly critter calm in her crate by packing something familiar, like perhaps her blanket, pillow, or even a soft tee-shirt that has your scent on it. Airplane engines are loud and things go bump in the air, so having something familiar for your pet to snuggle into is reassuring.

If you are flying a once-daily nonstop international flight, it pays to get to the airport as early as possible to avoid traffic delays. In Atlanta, for example, the once-daily flights include Turkish Airlines to Istanbul, Delta to Johannesburg, and Korean Air to Seoul. Atlanta’s traffic is notorious, with dead standstills not uncommon for hours at a time. Work in extra cushions for time to allow for traffic. Your flight will not wait for traffic to flow again.

Consider a nation’s flag carrier airline if you’re flying overseas. While I support US-based airlines wholeheartedly, it’s fun to fly a foreign carrier like Air France, British Airways, South African Airways, or Singapore Airlines. Speaking to flight attendants and your seatmates are great ways to get suggestions on local restaurants, accommodations, off-the-beaten path sites. and even places to avoid.

Airport parking lots can be huge, with multitudes of lots and decks and untold thousands of cars all stuffed into them. Simply whip out your mobile phone and snap a picture of your parking lot space number and parking structure floor. Voila! No more lost cars.

Has your luggage ever taken a different flight from yours? While it doesn’t happen as often as it once did, sometimes your bag still manages to disappear, especially if you have to change planes a few times over the course of several countries or continents. Always have a luggage tag on your bag to identify it as yours since so many bags, especially black ones, look alike. Take a few seconds and snap a photo of your bag and its contents before you leave from home. If the worst happens and your luggage is lost, you can present the photos to the lost luggage department for easier identification.

All luggage of one color pretty much looks the same on a baggage carousel. Make your luggage stand out from the others by personalizing it: tying a brightly-colored ribbon on the handle, painting the wheels in fluorescent hues, or finding some other unique, creative way to easily tell your bag from another.

If you are enrolled in airline frequent flyer programs, be super-aware that some programs have expiration dates on mileage points and that the airline may not notify you they are about to expire. You, as the consumer, are responsible for keeping up with expiration dates. A friend learned that rule the hard way when she lost a whopping 76,000 points, which could have been worth a couple of tickets or upgrades. That particular airline refused to redeposit those miles without her having to pay high fees, even after repeated calls and letters. 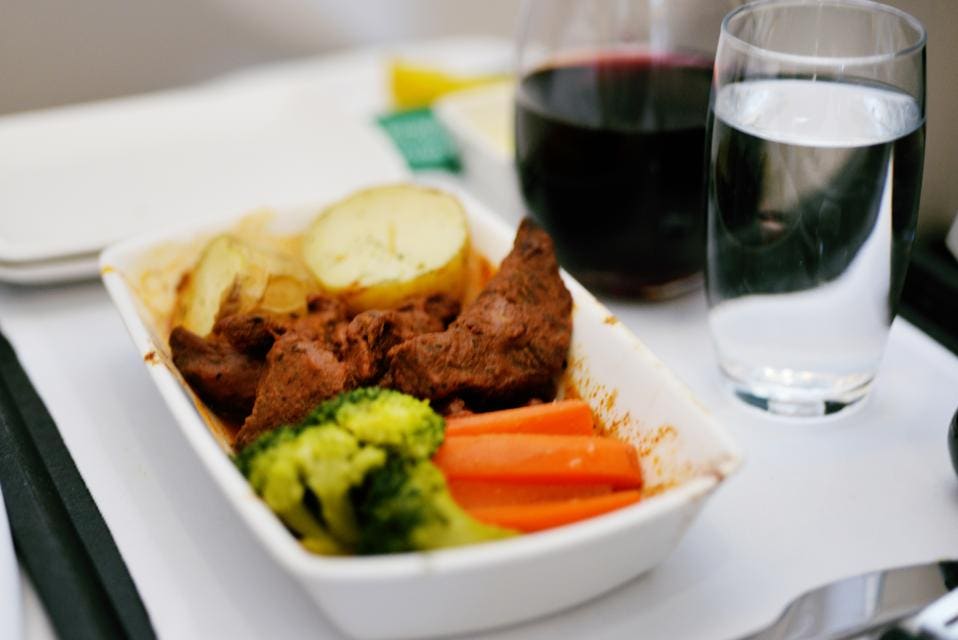 When it comes to air travel, black is better. Wear dark colors for flying, as I’ve personally witnessed liquids such as tomato juice, red wine, and black coffee spilled on passengers and their seatmates during turbulence. And I even once saw an ink pen explode on a passenger during the pressurization of landing. That cute white or light-colored outfit covered with ink or a nice cabernet sauvignon suddenly isn’t so cute anymore.

Traveling to a really big city anytime soon? When it’s time to leave, be sure to tell your driver which airport. Consider that there are three major ones in London (Heathrow, Gatwick, London City), two in Paris (Charles de Gaulle and Orly), five in the Los Angeles area (LAX, Bob Hope, John Wayne, Ontario, Long Beach), and three each for New York (JFK, LaGuardia, Newark) and Washington (Reagan, Dulles, Baltimore-Washington International). Missed flights for something so simple as going to the correct airport are no fun at all. 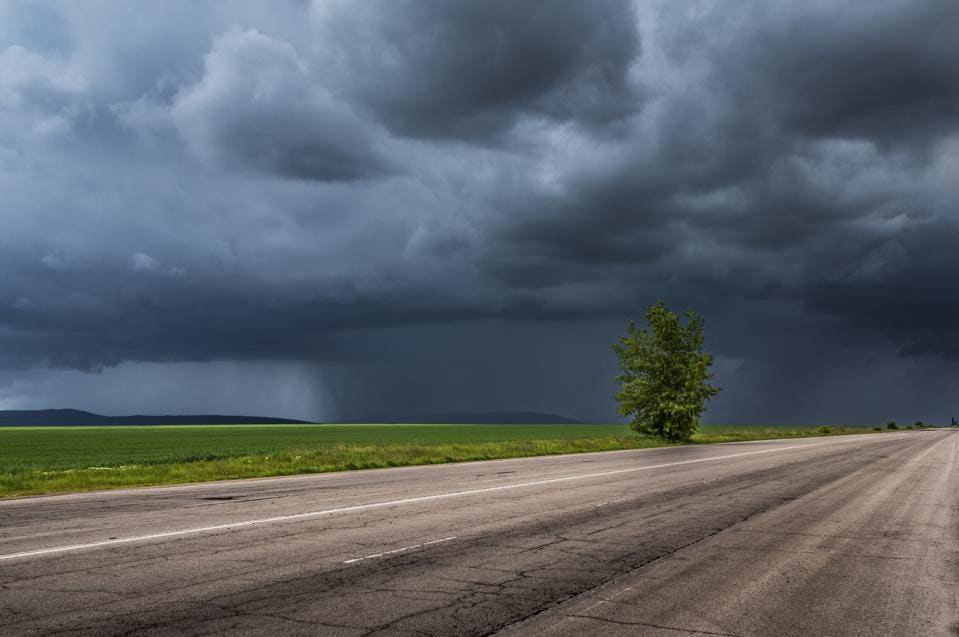 Fly as early in the morning as possible during storm season. Late afternoon summer storms often delay flights for hours.

Southerners have learned to be savvy when it comes to flying in spring and summer. We can practically set our watches by late afternoon thunderstorms, the ones that come complete with thunder, lightning, and heavy rain that often shut down airports for hours at a stretch. Try to book your flights as early in the morning as possible to avoid weather delays.

Are you one of those who reclines an airplane seat the moment you’re in the air? Think about this before you recline. The person behind you may be working on her laptop that’s she’s placed on the tray table attached to the back of your seat. If you pop your seat back to recline, then, “Bam!” Bye, bye, laptop. Have the courtesy to inform the passenger in the seat behind you that you’ll be reclining, or if you have the laptop, ask the passenger in front of you to let you know when she is reclining.

Now, sit back, relax, and enjoy your flight.

Mary Ann Anderson is a Georgia-based writer who travels the world for firsthand wildlife encounters. She’s also picked up a few travel tips along the way.