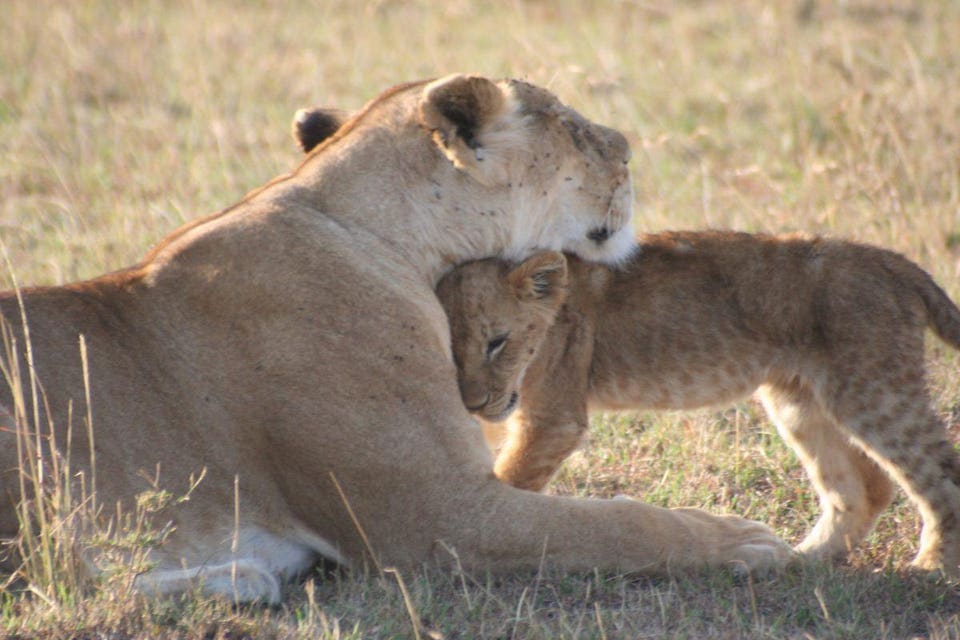 Great journeys often begin innocently enough. As much as travel and nature photography (think: Melissa Groo, Will Burrard-Lucas, Joel Sartore) and spellbinding movies set in exotic locales (think: Out of Africa, Under the Tuscan Sun, Raiders of the Lost Ark, Eat Pray Love) inspire wanderlust, sometimes all it takes is a simple word or a phrase to stir the soul into striking out on a new adventure.

The evocative lilt of a travel quote can be likened to the abstract story of Pavlov’s dog. We’re conditioned to react when we hear instantly memorable words about lands far away. And then – ding! – next thing you know, you’re immediately attracted to that place and crave to experience it through tastes and scents and touches and emotions.

From across the seven continents are gathered selections of travel wisdom from notable sojourners and writers of the world, words that corroborate the ideology that travel can unquestionably change your life. 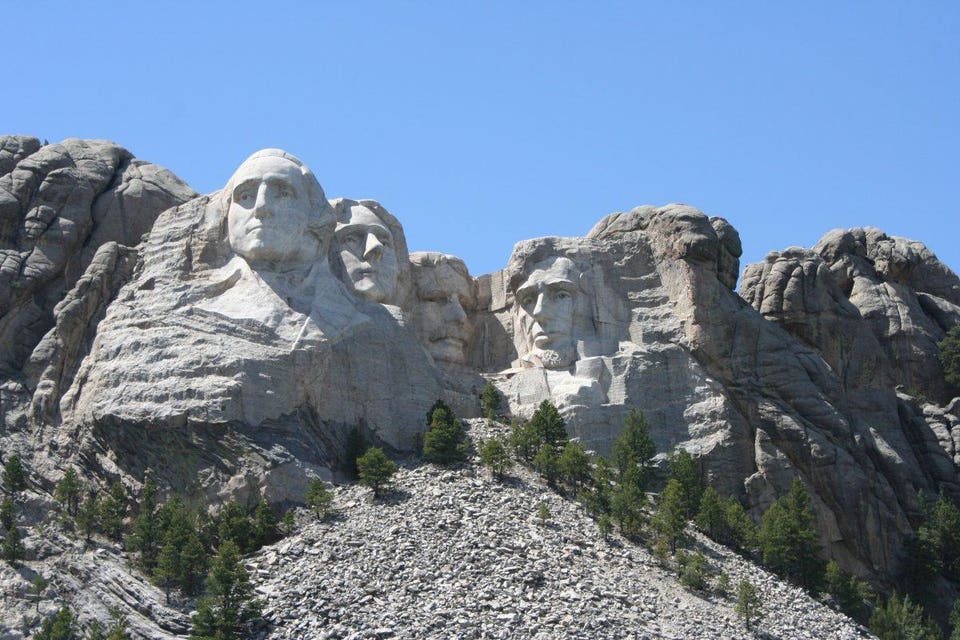 From coast to coast, America offers the unique, the quirky, the one-of-a-kind travel experiences.

Words From and About North America

Nothing behind me, everything ahead of me, as is ever so on the road.

― Jack Kerouac (On the Road)

Travel isn’t always pretty. It isn’t always comfortable. Sometimes it hurts; it even breaks your heart. But that’s okay. The journey changes you; it should change you. It leaves marks on your memory, on your consciousness, on your heart, and on your body. You take something with you. Hopefully, you leave something good behind.

The redwoods, once seen, leave a mark or create a vision that stays with you always. No one has ever successfully painted or photographed a redwood tree. The feeling they produce is not transferable. From them comes silence and awe. It’s not only their unbelievable stature, nor the color which seems to shift and vary under your eyes, no, they are not like any trees we know, they are ambassadors from another time.

I don’t think the real America is in New York or on the Pacific Coast; personally, I like the Middle West much better, places like North and South Dakota, Minneapolis and Saint Paul. There, I think, are the true Americans.

I’m in love with cities I’ve never been to and people I’ve never met.

― John Green (Author of Looking for Alaska, The Fault in Our Stars)

The woods are lovely, dark and deep,

But I have promises to keep,

And miles to go before I sleep,

And miles to go before I sleep. 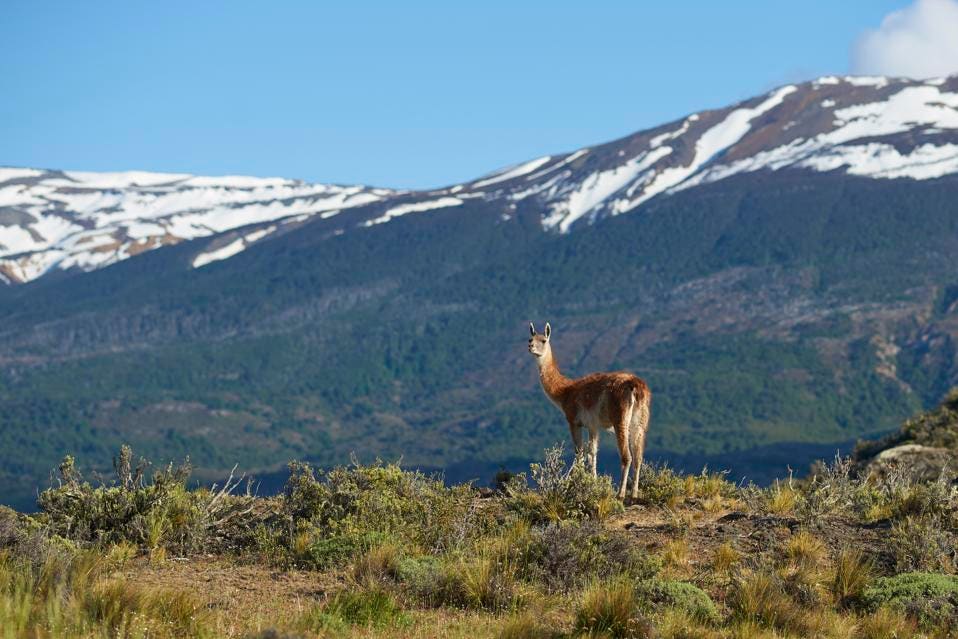 Words From and About South America

And yet on that bench at Jacobacci, I was glad I had left everyone else behind. Although this was a town with a main street and a railway station, and people with dogs and electric lights it was near enough to the end of the earth to give me the impression that I was a solitary explorer in a strange land. That illusion (which was an illusion in the South Pole and at the headwaters of the Nile) was enough of a satisfaction to me to make me want to go forward.

― Paul Theroux (The Old Patagonian Express: By Train Through the Americas)

This is what travel should be like. Yampara locals heading home from the market dressed in their Sunday best braced against the wooden tie slats or squatted on the truck bed their bundles tucked around them. It was a little microcosm of the market, of real Andean life with laughter, chatter, babies crying, mothers coaxing, people gesturing at passing landmarks in a language we could never understand and us nodding back, gracious locals offering us bit of pastries and other treats and us smiling in recognition of their kindness. A diaspora of Andean life shared under a bracing blue sky and a passing panorama.

― George L. Ayers (Buzzards and Bananas: Fragments from My Journals Across South America)

If discontent is your disease, travel is medicine. It resensitizes. It opens you up to see outside the patterns you follow. Because new places require new learning.

― Jedidiah Jenkins (To Shake the Sleeping Self: A Journey from Oregon to Patagonia, and a Quest for a Life with No Regret)

In my constant travels, from the highland meadows of Tibet to the tropical rain forest of Brazil to the busy streets of Hong Kong, I’ve learned that you have to be content wherever you are. Otherwise, traveling is exhausting, because you’re always thinking that the next place will be better. 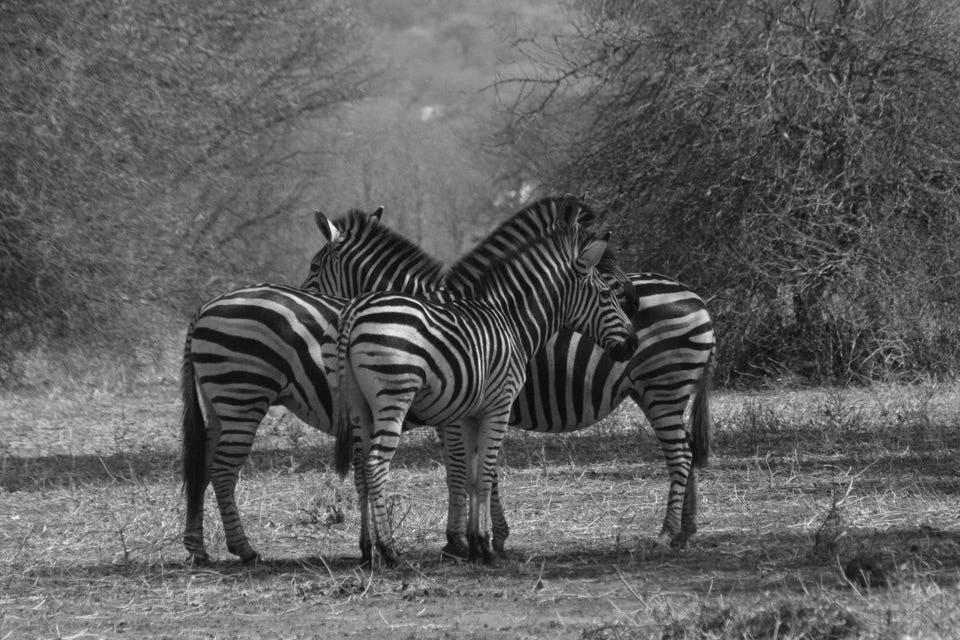 Everything about Africa inspires travel: its people, its wildlife, its beauty, and most of all, its unparalleled history.

Words From and About Africa

I never knew of a morning in Africa when I woke up that I was not happy.

Now, looking back on my life in Africa, I feel that it might altogether be described as the existence of a person who had come from a rushed and noisy world, into a still country.

― Karen Blixen/Isak Dinesen (Out of Africa)

You know you are truly alive when you’re living among lions.

― Karen Blixen/Isak Dinesen (Out of Africa)

Nothing but breathing the air of Africa, and actually walking through it, can communicate the indescribable sensations.

One cannot resist the lure of Africa.

It’s really beautiful. It feels like God visits everywhere else but lives in Africa. 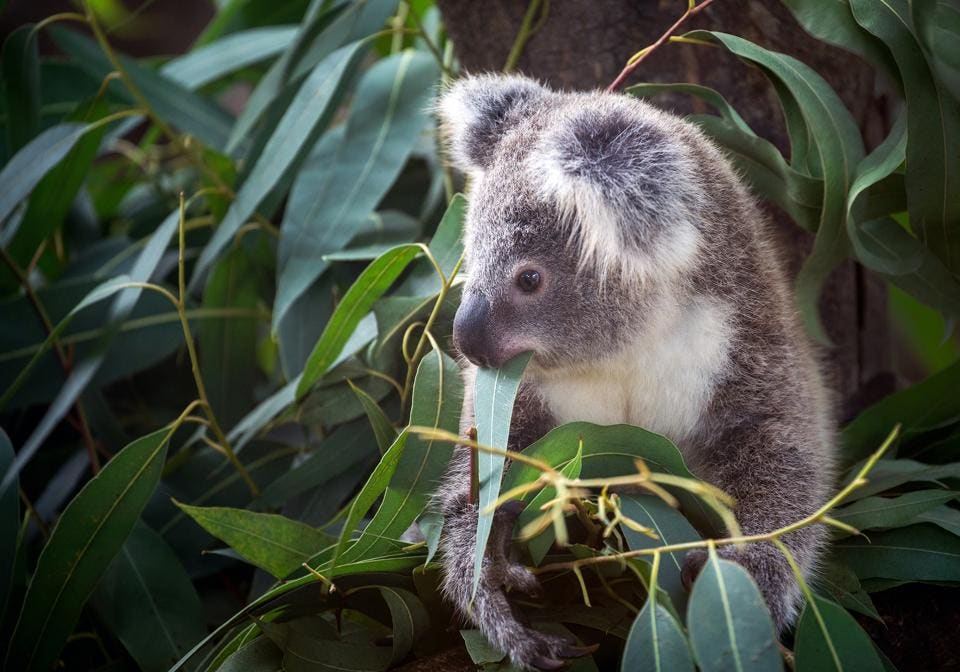 Koalas and eucalyptus are hallmarks of Australia, a land that fascinates at every turn.

Words From and About Australia

I have friends who come to the Australia Zoo, and it’s just instead of playing video games, we get to hug and kiss a giraffe, or walk a tiger.

Australia is just so full of surprises.

Australia lives with a strange contradiction – our national image of ourselves is one of the Outback, and yet nearly all us live in big cities. Move outside the coastal fringe, and Australia can feel like a foreign country. 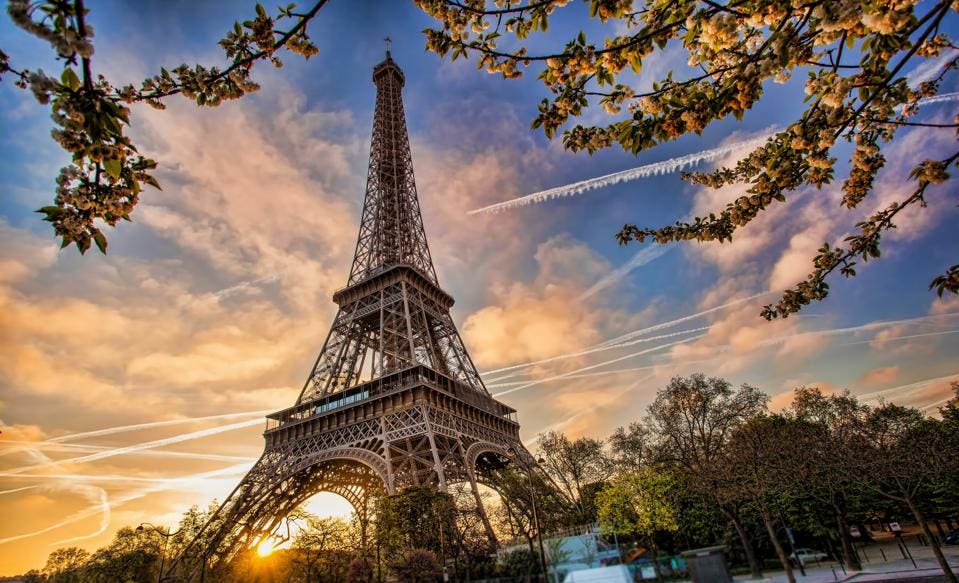 Most would agree with Audrey Hepburn: Paris is always a good idea.

Words From and About Europe

Paris is always a good idea.

My idea of heaven still is to drive the gravel farm roads of Umbria and Tuscany, very pleasantly lost.

― Frances Mayes (American author of Under the Tuscan Sun, Bella Tuscany, Under Magnolia)

Sometimes I get up before sunrise to watch the way the dark thins out and objects slowly reveal themselves, the trees, the rest of the landscape. You can hear the river below and roosters in the village. The light of dawn, cold and blue, gradually fills the world, and it’s the same in every place I’ve been.

― Andrzej Stasiuk (On the Road to Babadag: Travels in the Other Europe)

[As a very young man, I thought] of Europe as a place that could not exist except in the imagination, in glorious dreams, and through the careful lies of the silver screen. 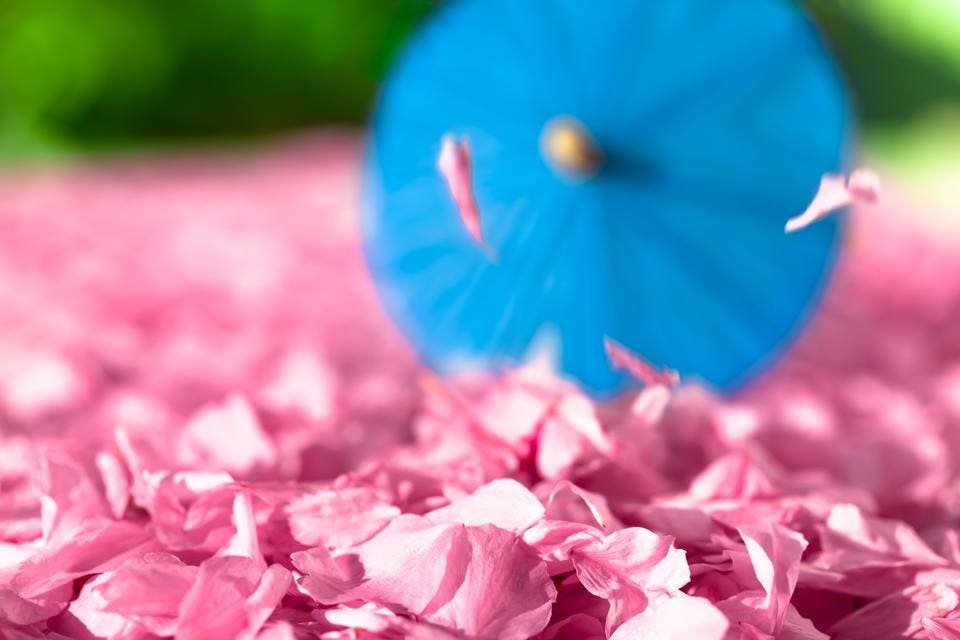 Asia is vast, encompassing dozens of countries filled with color and excitement.

Words From and About Asia

Going to Southeast Asia for the first time and tasting that spectrum of flavors – that certainly changed my whole palate, the kind of foods I crave. A lot of the dishes I used to love became boring to me.

There were times, especially when I was traveling for “Eat Pray Love” when, I swear to God, I would feel this weight of my female ancestors, all those Swedish farmwives from beyond the grave who were like, “Go! Go to Naples! Eat more pizza! Go to India, ride an elephant! Do it! Swim in the Indian Ocean. Read those books. Learn a language.”

Better to see something once than to hear about it a thousand times. 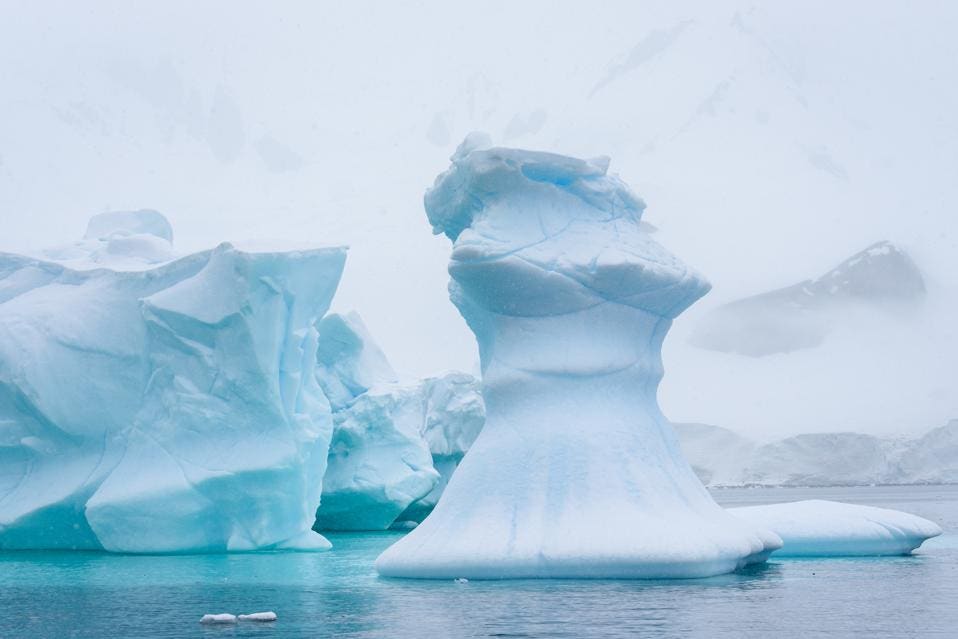 Beautiful turquoise blue iceberg floating in the Antarctic, a continent that lulls its visitors by its remoteness and surreal landscapes.

Words From and About Antarctica

The thing that is most beautiful about Antarctica for me is the light. It’s like no other light on Earth, because the air is so free of impurities. You get drugged by it, like when you listen to one of your favorite songs. The light there is a mood-enhancing substance.

I seemed to vow to myself that someday I would go to the region of ice and snow and go on and on till I came to one of the poles of the earth, the end of the axis upon which this great round ball turns.

I want to visit the snow in Antarctica before global warming turns it into a tropical paradise.

Antarctica is otherworldly, like nothing I’ve ever seen before. Stark, cold, beautiful desolation.