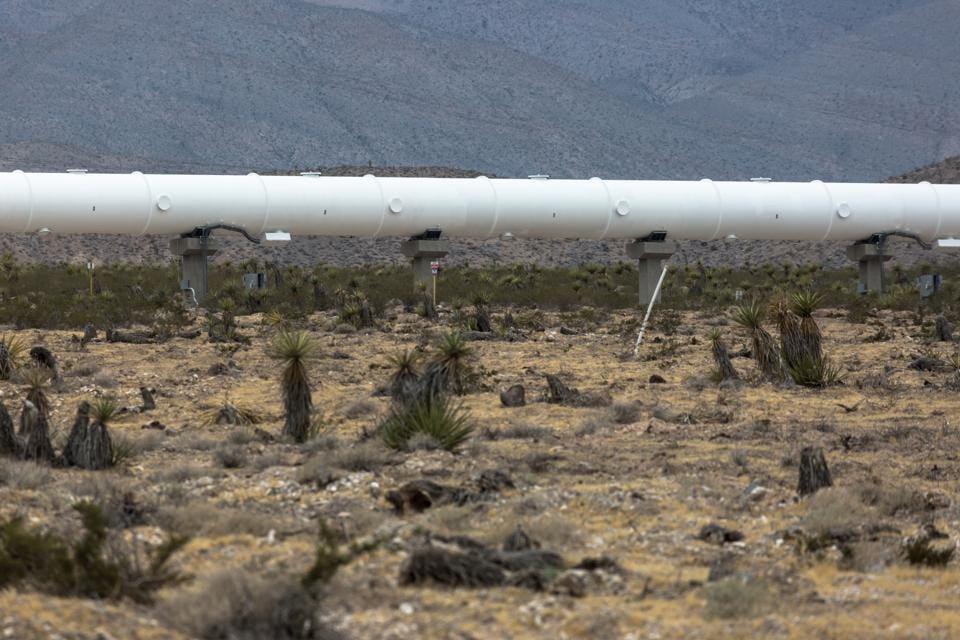 Hard to believe but the precursor of what we know today as the “Hyperloop”—the idea of transporting goods and passengers through low-pressure pneumatic tubes—dates back to the 18th century. It bounced back into the limelight in 2013, thanks to the Alpha paper published by Elon Musk. Christened ‘Hyperloop’, Musk’s concept involved transporting people and goods in a capsule that, driven by linear induction accelerators, hurtled at close to supersonic speeds through a nearly vacuumless cylindrical tube.

Today, the march towards commercializing this 4th dimension of travel is in top gear thanks to Musk and Space X making the Hyperloop an open source concept. Over 10 companies are actively developing their Hyperloop capabilities, building prototypes, and conducting tests. While most are based in the US, companies from Canada, Spain, Netherlands, Poland, and India are also in the fray. 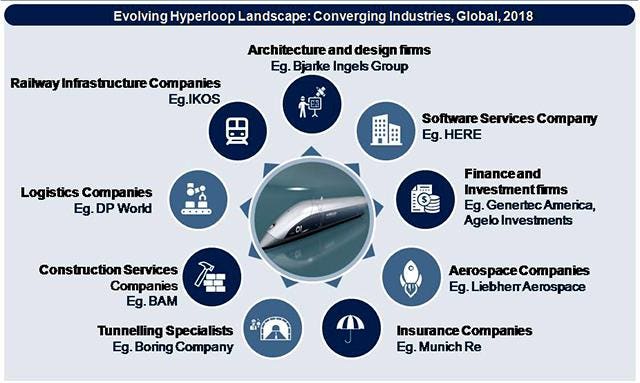 Among the more prominent players in this nascent market are Virgin Hyperloop One, Hyperloop Transportation Technologies (HTT), Transpod, Hardt Global Mobility, Zeleros, HyperChariot, Hyper Poland and Euroloop. In May 2017, Virgin Hyperloop One became the first company in the world to conduct a full scale test of a Hyperloop system. Conducted at the company’s Devloop facility in Las Vegas, the test included all Hyperloop components including vacuum tubes, propulsion, levitation, sled and control systems.

Passengers and Freight Transportation Are Ready For A Revolution

The Hyperloop holds tremendous promise in catapulting passenger transport and freight transport to the next level. Forget queuing and jostling with tetchy fellow travellers. A Hyperloop capsule is expected to swiftly and seamlessly transport between 28-40 people simultaneously at speeds of around 760 mph between stations. Several high density routes have been identified by companies for possible Hyperloop connectivity projects. Virgin Hyperloop One has plans for more than 10 such projects spanning seven countries, while HTT has at least six projects planned across five countries.

Freight transport is expected to be the other key application area. The Hyperloop system can be used to rapidly ship freight from ports to main business hubs, thereby increasing the efficiency of the entire logistics chain. In an age of e-commerce, it can be used to ferry expensive and time-critical items between cities, enabling speedy on-demand deliveries. Logistics providers and port operators are keenly following developments in the Hyperloop space, while gearing up for possible innovations and disruptions in the movement of freight.

There’s already a lot of buzz. In April 2018, Virgin Hyperloop One announced that it had entered into a partnership with international port operator DP World to launch a Hyperloop driven cargo transportation company, DP World Cargospeed. Earlier this year, DP World stated that it had zeroed in on India to launch its first cargo Hyperloop system. In the meantime, HTT signed an agreement with the Port of Hamburg to develop a Hyperloop system which will enable the rapid movement of cargo from container terminals at the port to other shipyards across the city.

The Path To Commercialization Is Strewn With (Mostly Big) Challenges

Of course, like any new technology, the Hyperloop faces significant challenges before becoming a reality. One massive and immediate hurdle I foresee is finding land on which to build the Hyperloop tunnels. To connect cities which are located miles apart, Hyperloop tubes will necessarily have to be built on sizeable swathes of both public and private lands. This could lead to public, political and bureaucratic snafus and delays in project implementation.

Thermal expansion is another major cause for concern. The steel used to construct Hyperloop tubes could expand and contract based on weather conditions, potentially compromising its structural integrity over a period of time. Yet another issue relates to atmospheric pressure. Since the Hyperloop operates in near-vacuum conditions, even a tiny breach in the tube will result in atmospheric air rushing in, causing catastrophic structural damage. This makes it vulnerable to people with malicious intent. Since it is not possible to secure the entire length of a Hyperloop system, which can stretch hundreds of kilometers, and since even a small breach in the tube can cause severe damage, it can become a soft target for terrorist attacks. This would mean that Hyperloop operators would have to make substantial further investments in both manned and unmanned methods of monitoring, including in aerial surveillance through drones.

Such serious challenges notwithstanding, the biggest test for Hyperloop proponents, arguably, would be to convince people to warm up to the idea of getting into a windowless capsule that will hurtle down an enclosed vacuum tube at near supersonic speed! I don’t see people who are claustrophobic being particularly excited at this prospect. However, Hyperloop companies understand this challenge and are partnering with virtual and augmented reality companies to create simulated scenes for passengers on the walls of the capsule.

Finally, there’s the fundamental question of how passengers’ bodies will react to the speed of the capsule. Passengers in a Hyperloop capsule are expected to experience g-forces when it accelerates and lateral g-forces when it negotiates bends. Companies are working towards ensuring that when the capsule accelerates, passengers experience a g-force similar to that felt during airplane take-off and landing. In conjunction, potential routes are looking to avoid sharp bends.

As Hyperloop tests and partnerships gain momentum, the next step towards commercialization will be to set up the required infrastructure, including building dedicated Hyperloop stations. Hyperloop companies are already collaborating closely with design and architectural companies to conceptualize practical and utilitarian station designs that fit into existing city architecture. The focus is also on having multiple levels or zones that can simultaneously handle several incoming and departing capsules, thereby enabling a capsule to depart every few minutes. Customer experience will receive priority, with the stations encompassing spacious waiting halls, zones for shopping, entertainment and relaxation.

Such efforts will need to be accompanied by a concerted thrust to establish clear standards and frameworks for Hyperloop operations. Leading industry players are proactively working to ensure that robust standards are in place at the earliest. In July 2018, four Hyperloop companies—Transpod, Hardt Hyperloop, Zeleros, and Hyper Poland— created a consortium to push the implementation of international Hyperloop standards. In September 2018, HTT and insurance player Munich Re announced the creation of core safety guidelines, regulation requirements, and insurance frameworks for HTT’s systems.

Overall then, Hyperloop is an exciting mode of transport which could become commercially operational for cargo transportation in the next half of the decade. If it does indeed become an accepted mode of cargo delivery, it is likely to reduce the number of cargo trucks on the road, thereby contributing to reduced traffic congestion and related accidents. It could also have a ripple effect in accelerating the adoption of Hyperloop to transport people.

Passenger travel could take a while longer to kick into gear since it will require defined standards and multiple fail safe mechanisms. When commercialized for passenger transportation, Hyperloop is expected to be a fast, all-weather mode of transportation which, unlike conventional road and air based travel modes, will remain unaffected by adverse weather conditions. It will be fully electric, operate on electricity derived from solar panels or windmills, thereby reducing fossil fuel use and associated carbon emissions. And—this point wins a big fist bump from me—a roundtrip ticket for a Hyperloop journey is expected to be cheaper than that for an airplane and train trip.

What’s not to like then? No cancellations, relatively inexpensive, and a congestion buster. I’ll be one of the first on the platform when the 4thdimension of travel finally makes its debut.